Changes in Bodybuilding From the ’70s To Nowadays

Description: The birth of modern bodybuilding happened already at the end of the 19th century. However, it wasn’t before the ‘70s when Arnold Schwarzenegger’s popularization of the sport took bodybuilding to the masses. Let’s take a look at what has changed from then.

The father of modern bodybuilding, Eugene Sandow, became a worldwide phenomenon at the end of the 19th century. His muscular and symmetrical physique, coupled with pure strength, was unprecedented at the time, and he is considered the first modern bodybuilder.

Fast forward to the 1950s. The various bodybuilding magazines with a plethora of tips on how to bulk up, cut down, consume protein, etc., made bodybuilding accessible to thousands of new sports fans. Bodybuilders got exposure on TV shows and movies (typecasted in roles like Hercules), and by the ’70s, there were numerous opportunities to enter competitions promoted by active bodybuilding organizations.

Then in 1977, bodybuilding was introduced to a new generation of weightlifters by the documentary Pumping Iron with Arnold Schwarzenegger and Franco Columbo. As the first celebrity bodybuilder and the pinnacle of the golden era of bodybuilding, Schwarzenegger helped to popularize the concept of building muscle mainly for aesthetic purposes.

But here’s the thing: if we look at the bodybuilders from the latest Mr. Olympia contests, they weigh around 60 lbs more than Schwarzenegger or any other classic bodybuilder from the ’70s. Why is this so? Is it because of the drugs? Not quite. The usage of anabolic steroids has been discussed openly from the 1970s, but contrary to popular belief, it’s not the only reason behind the growth. We also need to consider other factors like the modern bodybuilding diet plans, training methods, etc. that have changed a lot from the ’70s. So without further ado, let’s take a closer look at what exactly has been making the athletes bigger and stronger over the past 50 years. 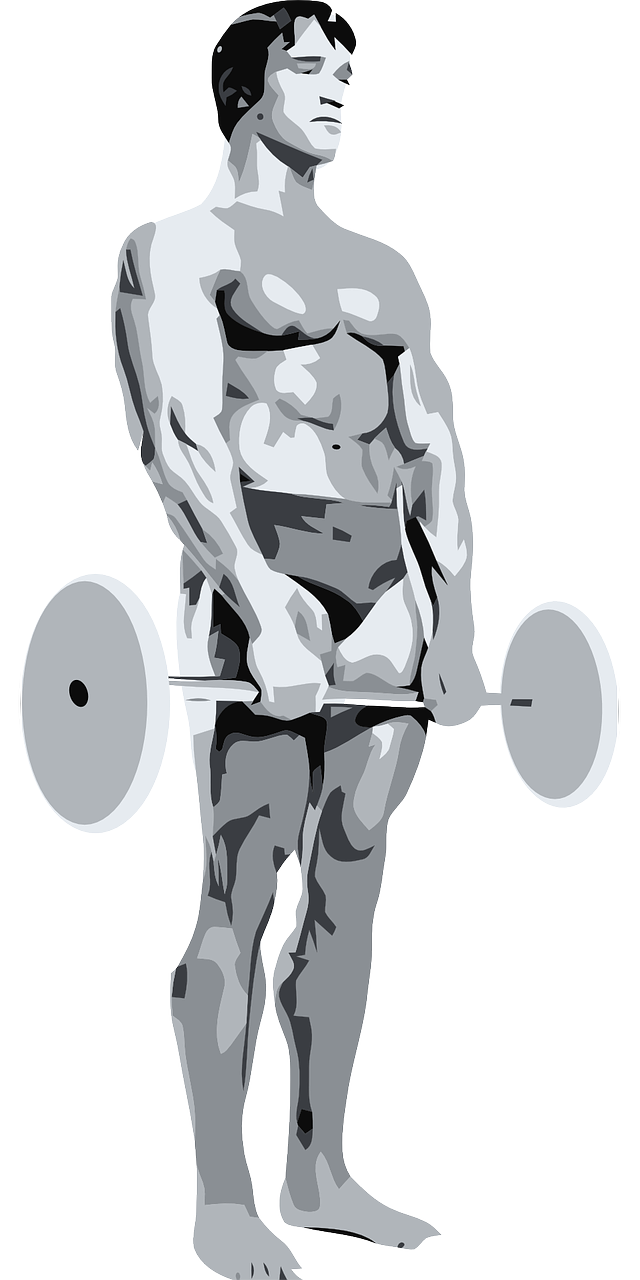 History of Bodybuilding From the ’70s to Present Time

The golden era of modern bodybuilding that started from the ’50s and lasted all the way to the ’70s saw some of the most aesthetic physiques ever sculpted. People like Frank Zane, Arnold Schwarzenegger, or Franco Columbo are still celebrated today as the greatest bodybuilders of all time.

When Arnold Schwarzenegger became the biggest name in bodybuilding in the ’70s, the Guinness Book of World Records actually hailed him as the most perfectly developed human in the history of the world. It seemed like he had pushed the limits of how far a person’s muscularity can develop.

But by the 1980s, bodybuilding and its central elements, weight training, and dieting, had become mainstream, and competitive bodybuilders were starting to become even bigger. A new emphasis on size started to dictate the training. Lee Haney, Mr. Olympia winner from 1984 to 1991 was already weighing about 15 lbs more (and being 2 inches shorter) than Schwarzenegger. He was the first bodybuilder to be called a “mass monster.”

And the new dietary strategies and training methods increased the size of physique even further by the ’90s. The prizes got bigger and the bodybuilding scene became dominated by the so-called mass monsters. After Haney, it was Dorian Yates’ time to take the prizes home. Using the heavy Duty Training tactics developed by Mike Mentzer he came onstage weighing over 245 pounds with record low body fat levels (3%).

Yates has been openly criticized by no other than Arnold Schwarzenegger, who considered Yates disproportionate and simply too big to be a prominent bodybuilder. The criticism also focused on Yates’ inflated stomach which was a side effect of insulin use.

Although most people would agree that the slim waists of the ’70s bodybuilders are aesthetically more pleasing, we can still see the big bellies in modern-day bodybuilding. And the trend to grow freakishly large is also still present. But, as mentioned before the increased muscle size does not come from only bigger doses of drugs. Modern bodybuilding training has changed a lot since the ’70s and there are plenty of other factors in play. Let’s take a look at them in detail. 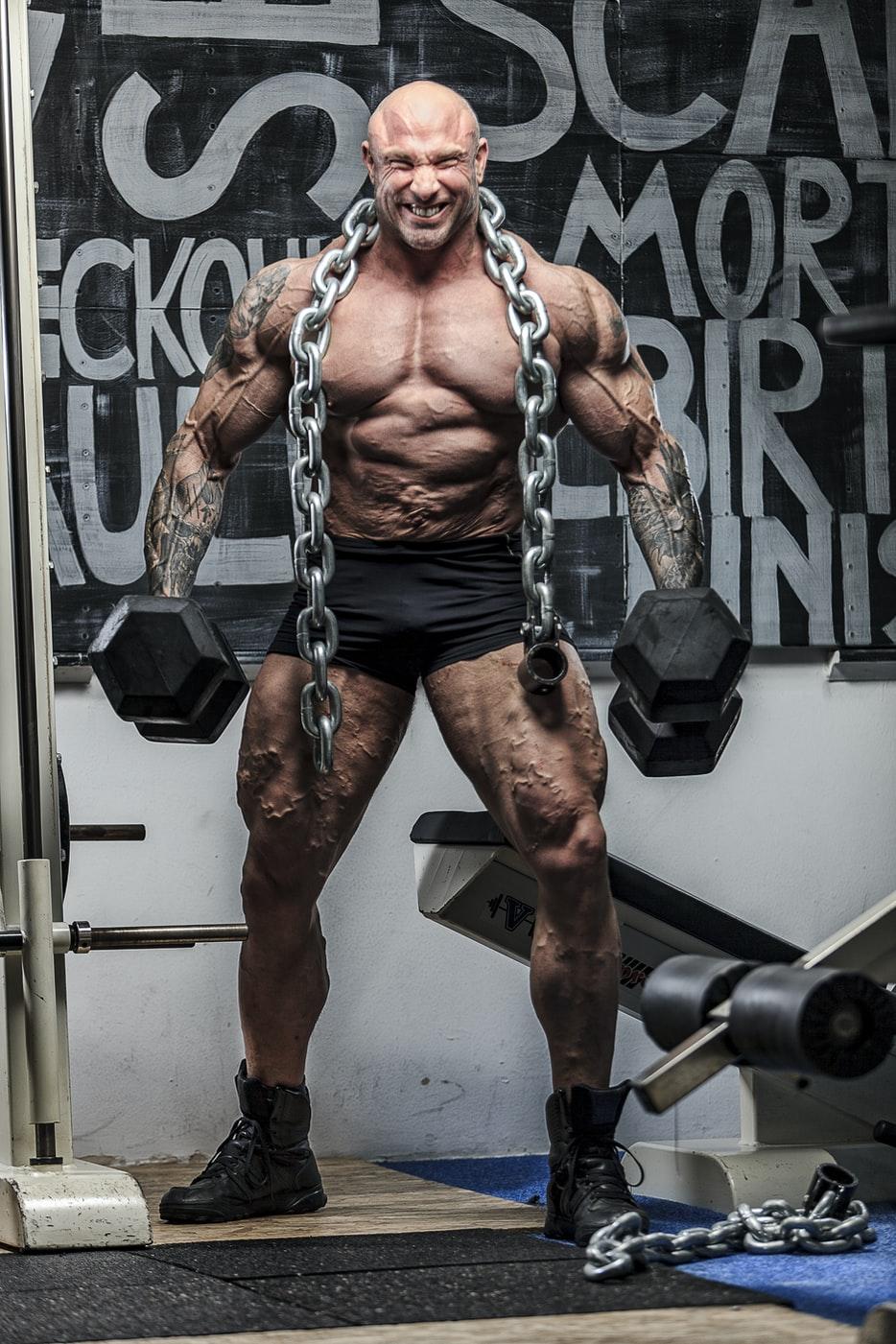 The basics of dieting for muscle gains have pretty much always been the same. To maximize muscle hypertrophy, you need to get the right amount of protein, carbohydrates, fat, and micronutrients in. However, if we look at Schwarzenegger’s meal plan in the ’70s we can see that he advocated eating 1 gram of protein per pound of body weight. In recent years, several scientific studies have revealed that 0.7 grams per pound of body weight should be enough to make the muscles grow. No test result has been conclusive, but there’s a clear tendency nowadays to be more moderate with the protein intake.

Some modern bodybuilding programs also follow the ketogenic diet which means that the athlete consumes even less protein, almost no carbohydrates, and a lot of fat. Is it possible to build muscle that way? Absolutely. Although you won’t be eating as much protein as on a regular bodybuilding diet, you will be getting the benefits of getting into ketosis which prevents muscle breakdown.

But perhaps the biggest changes in the diet come from the fact that these days we have a huge selection of modern bodybuilding supplements. You can take protein powder, creatine, omega3 fatty acids, glutamine, etc. that simply weren’t available before. In the ’70s and ’80s, the most popular supplements were dried liver tablets. That’s right. In fact, Arnold Schwarzenegger reportedly took as many as 150 tablets a day to increase training endurance. Although liver tablets have made a small comeback in the past years, most bodybuilders rely on a huge variety of different pills. Taking supplements in the right doses and at the right times has also become quite sophisticated.

<img alt=”Pills on the table”> 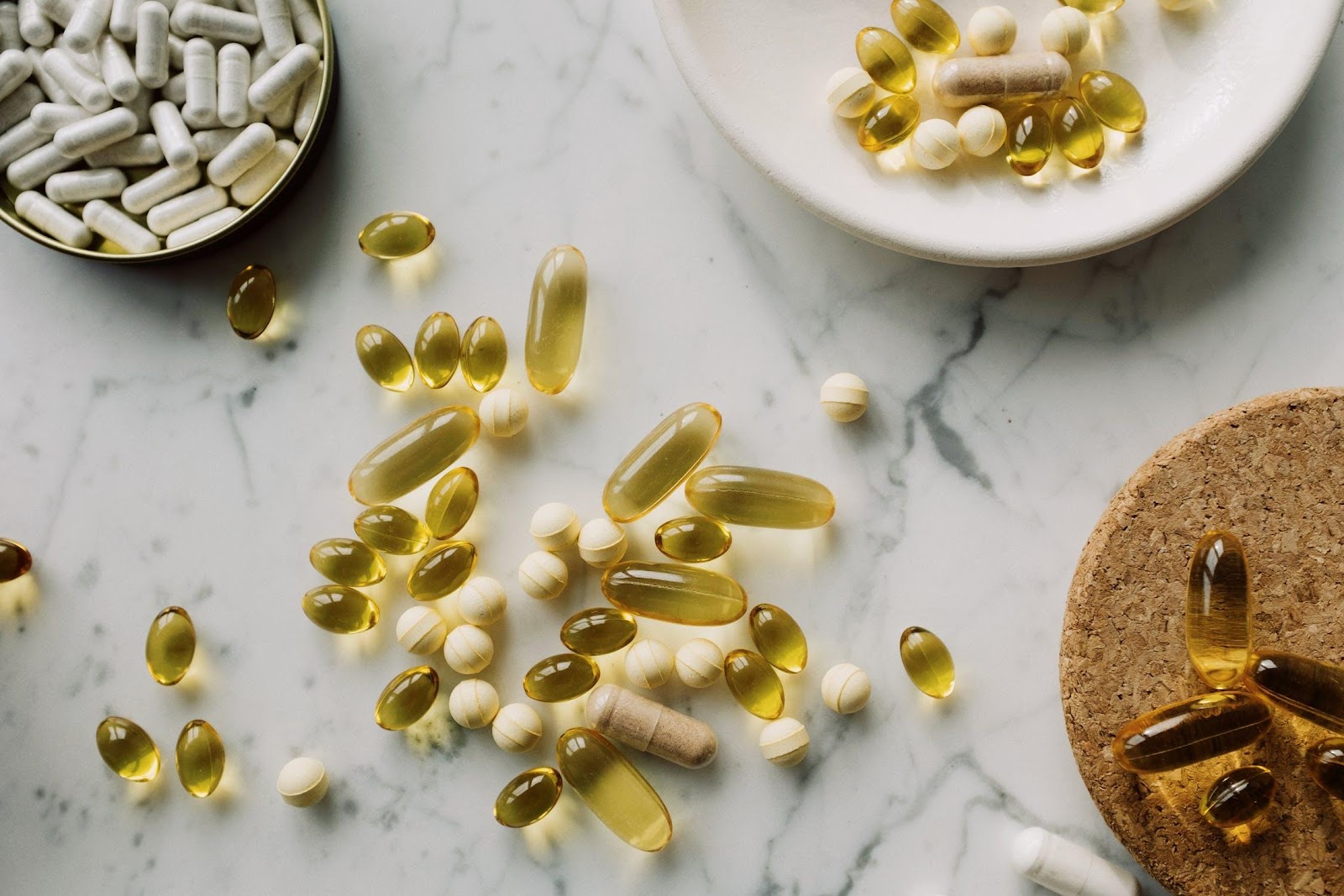 An interesting way to look at the growth in bodybuilders’ size is simply genetics. And here’s what we mean by that: in the beginning, bodybuilding was not as lucrative as it is today. So many people with a naturally bigger build were simply not interested in it. American football or other fields of sport seemed more attractive. But as Schwarzenegger and other superstar-bodybuilders raised the esteem of bodybuilding, the prizes got bigger, and more people became interested in participating. Including people who were genetically destined to grow big. 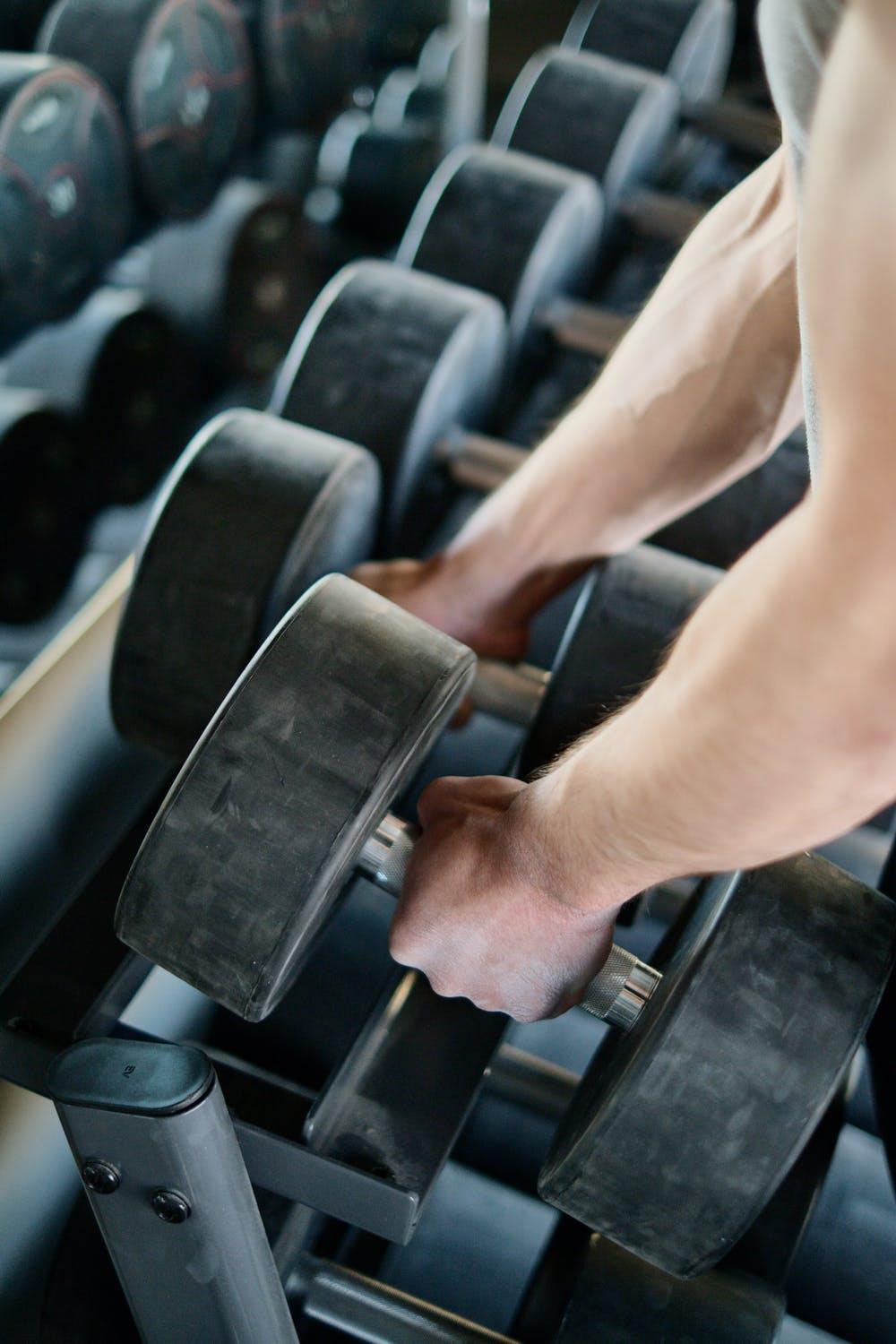 The most popular modern bodybuilding workout plans have been closely related to the leading bodybuilders of the era and the methods they’ve used. Arnold Schwarzenegger, for example, popularized lengthy high-volume training sessions. But the thing is that doing a few-hour long routine twice a day with a quite high rep range is simply not the most effective way to build muscle. It may have helped Schwarzenegger to win all his Mr. Olympia titles, but that has a lot to do with his specific genetic makeup. Most people can grow muscle faster by avoiding such extremes as working out twice a day.

Lee Haney, who achieved his Mr. Olympia titles with unprecedented levels of muscle mass, had already completely different training methods than Arnold’s. His workouts were based on short high-intensity workouts which became the basis of Mike Menzer’s Heavy Duty-style training. It emphasized pre-exhaustion and short high-intensity training sessions. Menzer’s greatest pupil, Dorian Yates, used the method with great success throughout the ’90s and the modern bodybuilding routine that aims to build mass still uses the same principles.

And how did Ronnie Coleman become the biggest bodybuilder in the 2000s? Well, the high-intensity part of the training was still in place, but Coleman’s training volume was also high. He would work out six times per week at least two hours every day. And although modern bodybuilding aesthetics don’t necessarily aim to achieve Coleman’s monstrous level of muscularity, the high-volume and high-intensity training still has its place among professional bodybuilders.

Although the training methods and nutrition have changed since the ’70s, we can’t overlook the fact that steroids have also played a part in bodybuilding. But the golden age vs. modern bodybuilding drug consumption was very different. Anabolic steroids have been present since the ’50s and even Arnold Schwarzenegger has openly admitted steroid use. But it wasn’t before adding growth hormone and insulin (from the ’80s) to the mix that they really made the muscles grow.

Insulin is also thought to be responsible for a nasty trend among pro bodybuilders from the ’90s: the protruding belly. The modern bodybuilding movement has heated arguments over whether the future of the sport should bring back the aesthetic look of the ’70s or continue building mass.

<img alt=”In the middle of exercise”> 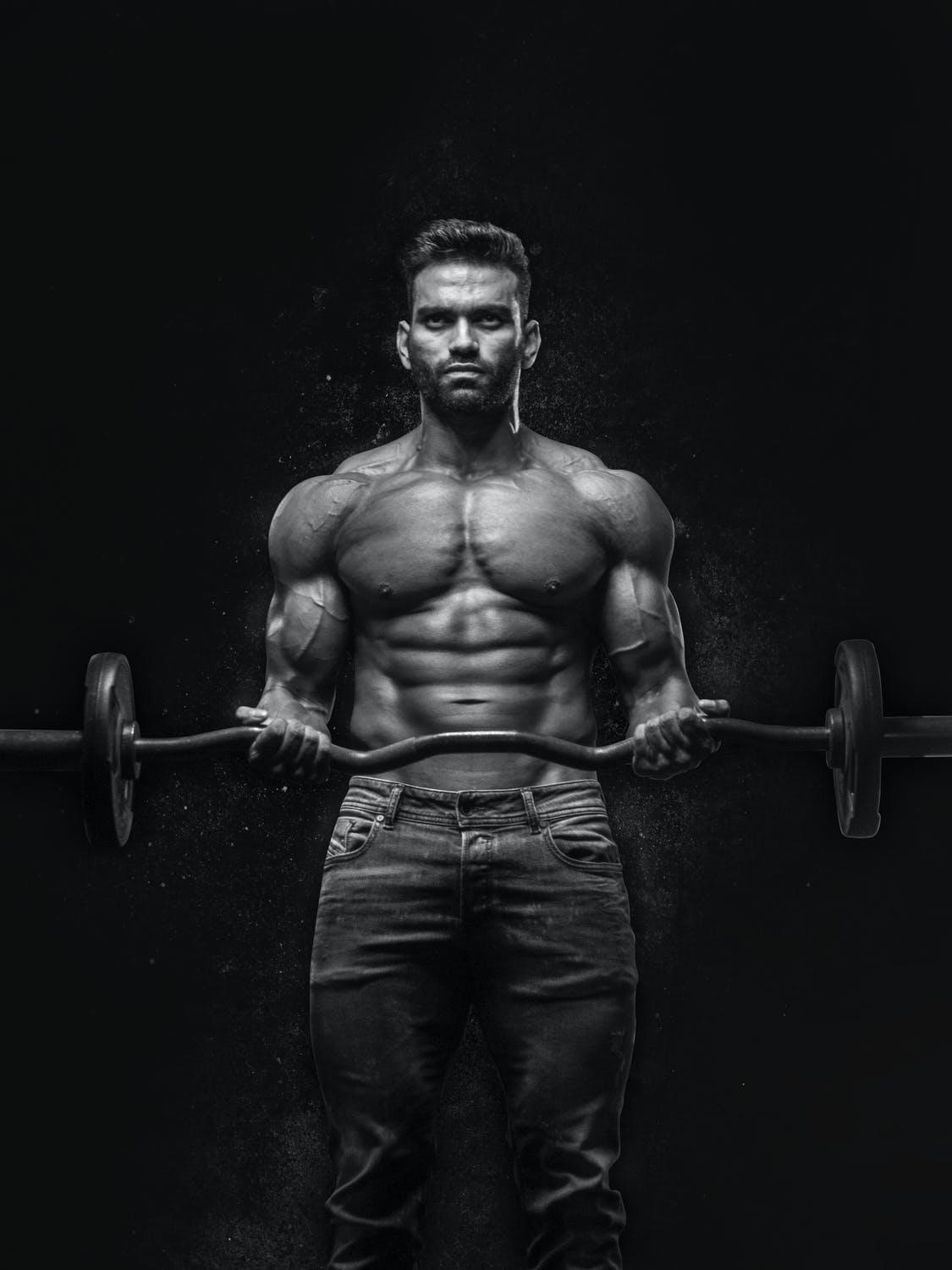 The Most Recent Modern Bodybuilding Techniques

The modern era has more people working out than ever before. The Internet is full of bodybuilding-related content and with so much information available about nutrition and training, bodybuilding has become one of the most popular sports in the world.

The usual split of modern bodybuilding follows the same guidelines that already Lee Haney helped to popularize. Keeping your push and pull days separate helps to keep the joints healthy. However, no one in 2020 would recommend the type of overtraining the golden era bodybuilders went through. It simply is not effective nor healthy. To get the best results, it’s important to give yourself enough time to recover.

An interesting trend that’s been emerging (mostly among amateurs) in the past years is the Nuclei overload training. In a nutshell, it means overtraining a certain muscle to increase the number of nuclei in the muscle cells. And once you return to normal training, the muscle with more nuclei should be able to grow faster.

Bodybuilders of the Golden Era who used fewer steroids and had higher frequency workouts looked aesthetically better for most people.

However, bodybuilding’s ultimate modern physique is not determined by big contest winners anymore. Instagram models and YouTubers have become far more influential in setting the right tone for the sport. And most of them advocate drug-free training methods. So does this mean that the time of the “mass-monsters” is getting over? If we look at the latest Mr. Olympia winner Brandon Curry, then he already has way less sheer muscle mass than Ronnie Coleman has. Let’s wait and see if this trend to move back towards the more aesthetic look continues.

What training methods work best for you? Are you incorporating some older routines into your workouts? Let us know in the comments section.

Thomas is a hobby bodybuilder. He also loves writing articles about bodybuilding and reviewing the latest best sports equipment on gym-expert.com. Like for so many others, his passion for lifting weights started from seeing the documentary “Pumping Iron” with Arnold Schwarzenegger. Follow him at his social media: